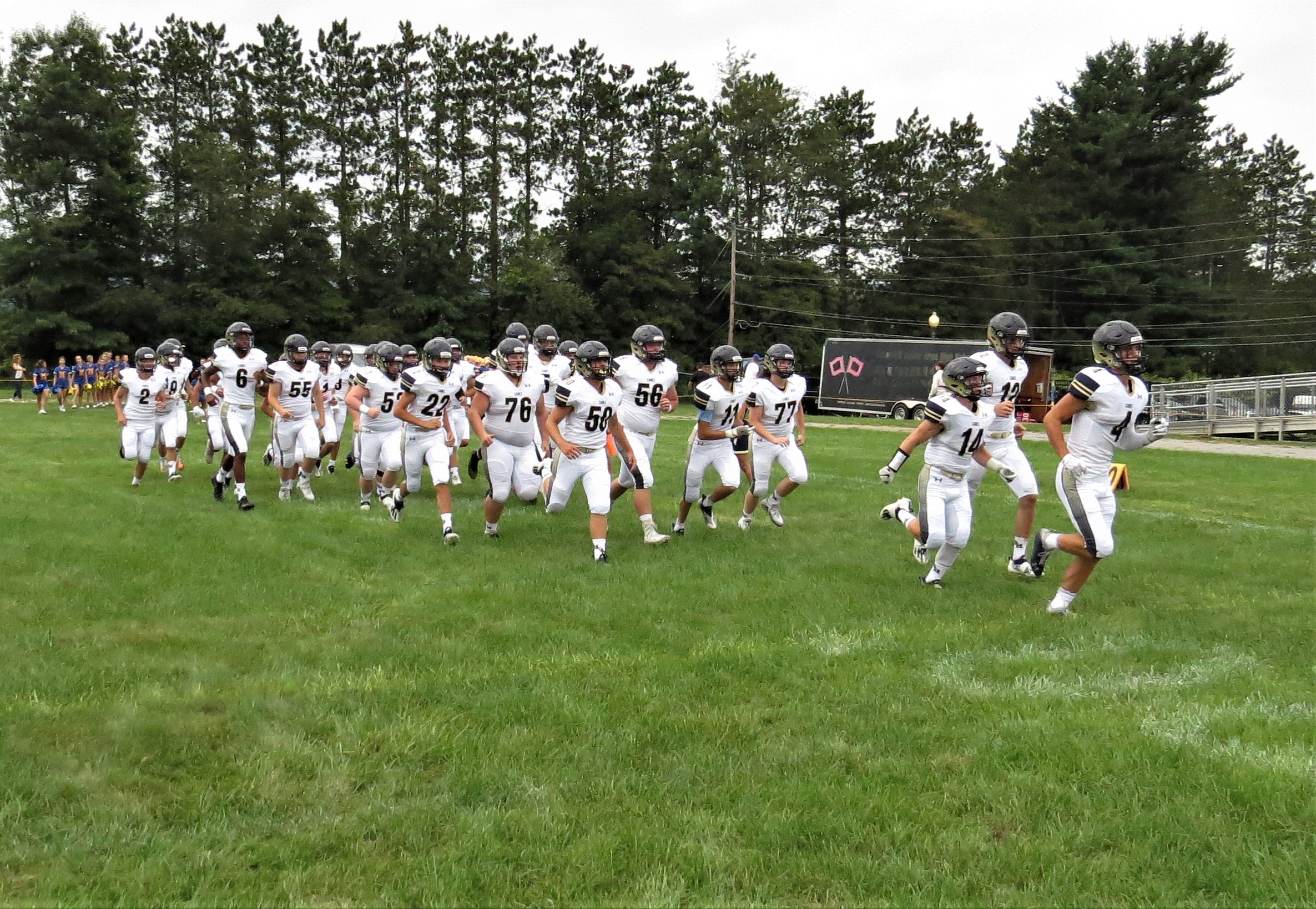 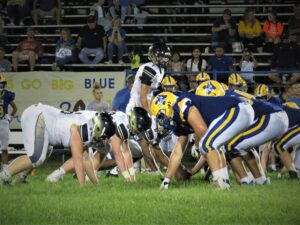 The game was slated to be played under the lights on Friday night but mother nature had her own agenda. The game was then rescheduled to Sunday evening at 6:00pm. For some teams, the season opener would be high scoring and teams look to be in mid-season form, that wasn't the case for both Haven and Marian as both teams struggled in the opening quarter with turnovers and penalties. Marian would move the occasionally on their first possession, but would then lose big yardage when the snap flew over the quarterbacks head for 8 yards. The Colts would gain most of that yardage back but eventually would have to punt away to the Hurricanes. Much like the Colts, the Canes would move the ball periodically but would suffer the same fate as the Colts in the first quarter. Both teams would go back and fourth the entire quarter setting up a scoreless first quarter.

It wasn't until the second quarter that we got our first score of the game when Schuylkill Haven running back Connor Goehring would get the ball from quarterback Travis Ritchie(3 for 9, 89 yards and 1 touchdown) and bust down the sidelines for 64 yards. the point after was good making the score 7 to 0 Haven. Once again, like the first quarter, neither team could get much going the rest of the second quarter, and we would head into halftime with the score 7 to 0 Schuylkill Haven. Marian did dominate much of the half, but it was the big play by Goehring that would have the Canes leading going into the half.

Marian would finally put points on the board midway through the third quarter when Matt Martin would dive in from 1 yard out and close the gap to 7 to 6 Hurricanes after the Colts attempt at the 2 point conversion failed. Martin would finish the night with 120 yards on 21 carries. The Colts would have a chance to take the lead when Hurricanes punter would botch the attempt, and Marian would take over at the Haven 12 yard line.  Like in the first half, Marian would once again fumble the ball back to the Canes on a second down play. It only took the Canes 6 plays to go 87 yards, being capped off by Aiden Myers 42 yard scamper to the endzone, putting the Hurricanes up 14 to 6 midway through the final quarter.

Later in the 4th quarter, Connor Goehring, who finished the evening with 158 rushing yards on 9 carries, and 3 receptions for 89 yards receiving, would put the game away with the final score of the evening when he would take the handoff to the right, and sprint down the sideline for 40 yards and the score to put Haven up 21 to 6 with 4:16 left to play in the game, and would eventually be the score at the end. Matt Martin was definitely the Colts MVP for the game, while Connor Goehring was for the Hurricanes. Marian dominated the time of possession holding the ball for just over 29 minutes to Haven's 18, Marian ran 53 plays to Haven's 36. Haven did however dominate the total yards category with 315 yards to Marian's 169. In the end, Haven's Head Coach Mike Farr did say that, he wanted to dwell on the positives, even though we made it hard on ourselves at times. Farr also stated that he has some really good players on the team and can't wait to see what they can do once they work out some stuff.

Up next for the Hurricanes is a home game vs Panther Valley who didn't get to play their opener due to it being canceled. Up next for the Colts is an away game vs Minersville who lost their opening game to Tri-Valley 47 to 7, giving up 476 yards in the process.